This is alarming news that reached us from Gabon when we learned that Jeff Blampain, MJU activist, was abducted by the special services of the Presidency of the Republic on May 27th. 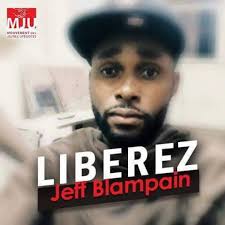 Our movement, the Young Environmentalists, is bound for more than two years by the ideas and friendship at MJU, the youth movement of the UPG (Union of the Gabonese People). During our meetings, we have had the opportunity to learn about difficulties which are those of an opposition movement under an authoritarian regime. Gabon is indeed directed with an iron hand by President Ali Bongo since 2009, when he succeeded his father Omar Bongo himself president since 1967.

The arrests are common currency for activists who oppose the regime but the kidnapping of Jeff Blampain May 27th by the special services of the Presidency of the Republic remains terribly alarming. His lawyer could not contact him despite numerous legal steps that have been taken by his friends and his comrades. For over a week Jeff was kidnapped without anyone knowing where or for what reasons, he was delivered to kidnappers who have no right or title to intervene in judicial proceedings, all with the silent complicity of Attorney general of the Republic. Nobody knows exactly what he is accused of, in violation of the foundations of the judicial system.

Young Environmentalists of France strongly support the family and friends of Jeff, and rely on French diplomacy to intervene and demand the immediate release of the young activist. 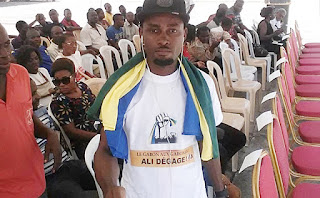