#Gabon: Open Letter To Distinguished Guests of New York Forum Africa 2012 (by The Outraged of Gabon)

Recognized for your genius and your ethics that you defend to the point that you are incarning them; for your commitment, your efforts and sacrifices in order to implement values to be to left to posterity for a better world, you have been invited to participate in the New York Forum Africa. According to Richard Attias, organizer of this forum, "Gabon has a unique business model and I really think that it is winner one. Its political and economic stability makes it an ideal haven. "

This unique business model, Gabonese do not want it. The pretext of the Cold War to keep African (negro) kings in power to ensure "stability" for networks of racketeers is no longer valid. Are also more of our time the spirit and letter of the recent constitutional reform that strengthens the powers of the president of a military-police state by granting him the exclusive prerogatives of security and defense, and, therefore, the absolute sovereignty in the definition of well-worn concept of "disturbing public order" or "respect for institutions." Thus, since the accession to power of Ali Bongo, peaceful marches are banned because they disrupt public order, the independent press and all forms of dissent are routinely punished for (so called) attempting to destabilize the state. When, moreover, the report of the Court of Auditors is classified top secret in our last bastion of «Françafrique» (France-Africa), doubt is no longer allowed on the nature of that state. This economic model, Gabonese do not want it.

For over fifty years, international organizations and the international community protect a patrimonicide clan, against the interests of the Gabonese people. Therefore, patriots from all social bodies gathered in the «Outraged Front», to reclaim their sovereignty and assert their claim to be their fundamental rights and freedoms. This claim, we are determined to express it during the communication operation/strategy that the New York Forum Africa 2012 represents.

When the forces of repression and coercion will strike against us, which side will you be? Side of the family who has been running our country for 45 years, to the point of considering that the state (of Gabon) is the family, or the side of those who aspire to a democratic state, with the weakness to believe that the alternation in power is fundamental in that it revitalizes/renews ideas and not making public assets/goods a family heritage and to bequeath them to designated successors?

Which side will you be? Will you be on the side of the President of the National Assembly who can not justify where more than 10 billion francs CFA (about $US 20 million) of public money (supposedly) spent on the construction of an annex to the National Assembly went, since the money is nowhere to be found, or will you side with the student sent to prison for calling for the construction of classrooms and new training materials and for protesting against the imposition of an age limit to get the state scholarships in middle of the school year?

Who will you support? Special Forces for anti-terrorism or their targetted medical professionals guilty of claiming better equipment to treat patients who die daily before their eyes from minor illnesses, while political leaders are given all means to go get health care abroad, their cynicism pushing them to prefer to die at great expense in prestigious hospitals abroad than in plebeians hospices, being public health centers of Gabon?

Which side will you be? Will you side with the special intervention forces or with the hundreds of officials whose salaries have been suppressed for years for crimes of opinion?

Which side will you be? Will you side with an oligarchy that has been laundering, for months, the embezzled money that was supposed to be used for providing water to neighbourhoods of Libreville (capital city), expropriating the poor people of their land to build their real estate empire, or will you side with those who fight at the cost of their lives to defend the land of their ancestors?

Which side will you be? Will you be alongside those who transform agricultural lands of poor farmers in rubber and oil palm plantations or side with farmers who claim the right to their land?

This umpteenth forum, realy another communication operation of an oppressive regime, yet will cost taxpayers of Gabon huge sums of money that could be used to improve infrastructure at the University of Libreville for instance. Will you be in the camp of gendarmes who routinely violate the academic freedom to conduct «rat hunts type police operation» or the side of students, determined to fight till the end for their legitimate claims?

Are intellectuals that you are going to defend noble causes of people of Gabon or simply their fees or bonuses? Distinguished economists, will you defend the business put up for stability by police’s baton or will you defend the rights of our people, ensuring lasting stability and calm? Will the Nobel prize winners defend ethic or will they legitimize a corrupt government prosecuted in France in the case of ill-gotten gains and that has also been identified, following an investigation of a US Senate Committee on corruption, as perpetuating activities of money laundering?

Your reputation has made you models for humanity. You are free to scramble this prestigious image by showing close relations with dictatorial regimes as the one in power in Gabon.

By «Outraged of Gabon»

(Translated from french by CLG) 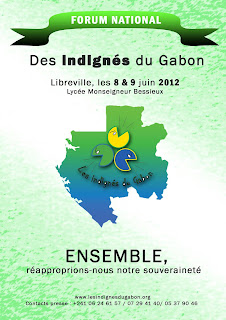 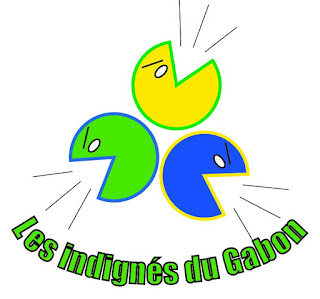